The Gueguense is a Nicaraguan colonial-era satirical drama that has historically stood for protest against colonial rule. In the 1970s, the masks of characters of the Gueguense were worn by Sandinista revolutionaries in the fight against the Somoza dictatorship. In this cyanotype print, the Gueguense mask represents yet another protest against dictatorship-- this time, the large mask covers the faces of student protestors killed during the popular insurrections of 2018 against the dictatorial rule of Daniel Ortega.

The print was published in the book "Revivir y Recordar: Para Luchar Contra el Olvido" (Relive and Remember: To Fight Against Forgetting), by Cultura Libre and the Museo de la Memoria. 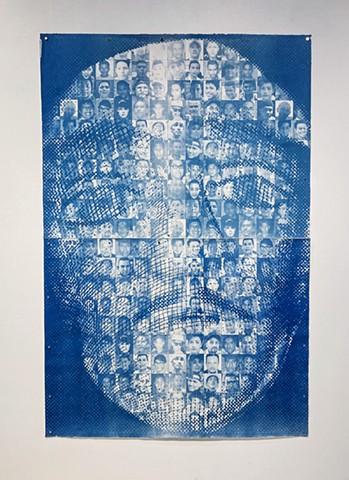 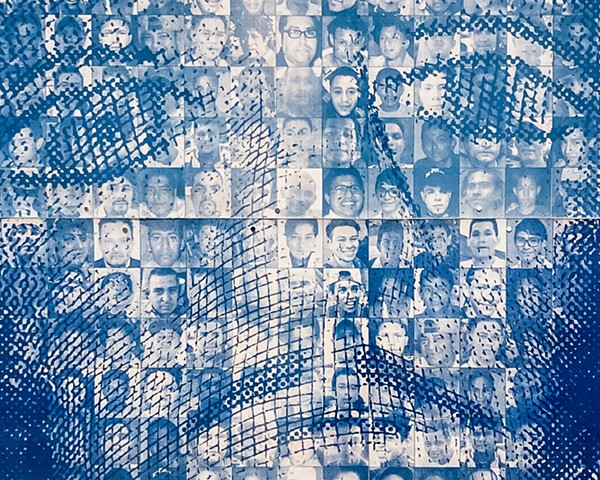 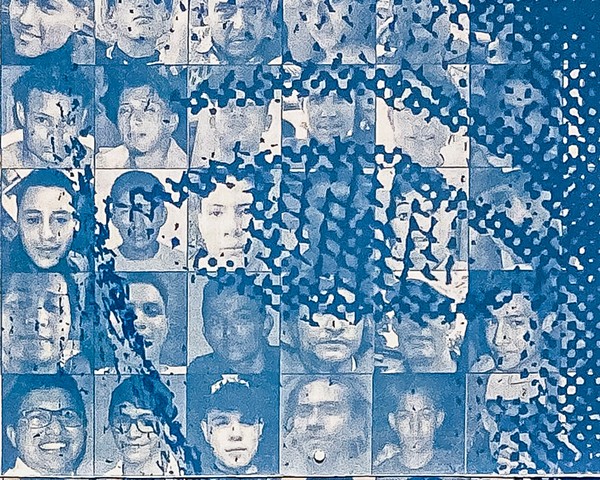 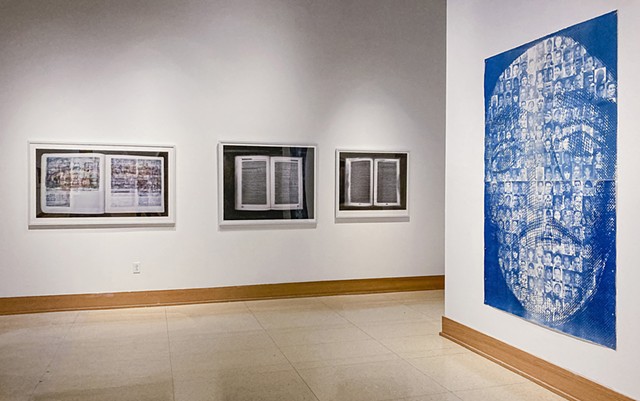